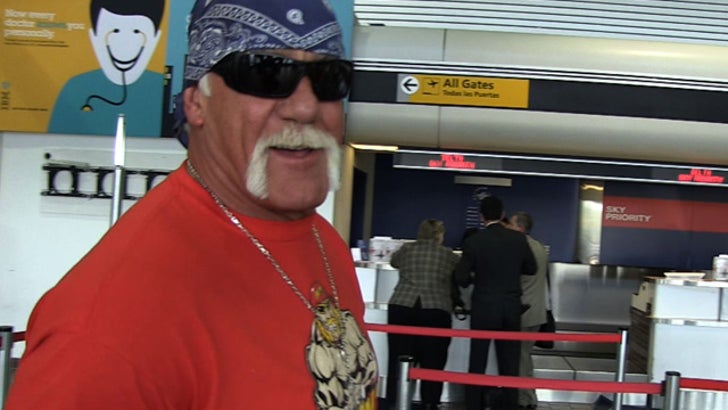 Hulk Hogan tells TMZ ... a movie about his shirt-ripping, leg-dropping, arm-flexing life is officially in the works -- and he's already got someone in mind to play the lead role.

We sorta stumbled into the movie bombshell ... after jokingly asking Hulk who he would like to see don the yellow bandana if a biopic is ever made about him.

"It's being worked on right now, brotha," Hulk said ... before revealing who he believes would be the "perfect" person to fill his boots.

Hulk's life story is definitely interesting -- from bodybuilder to wrestling champ to movie star to reality TV star ... and don't forget all of the family drama. It's pretty riveting stuff ...

After the encounter at LaGuardia, we reached out to Hulk to find out more about the movie -- but so far, no word back.