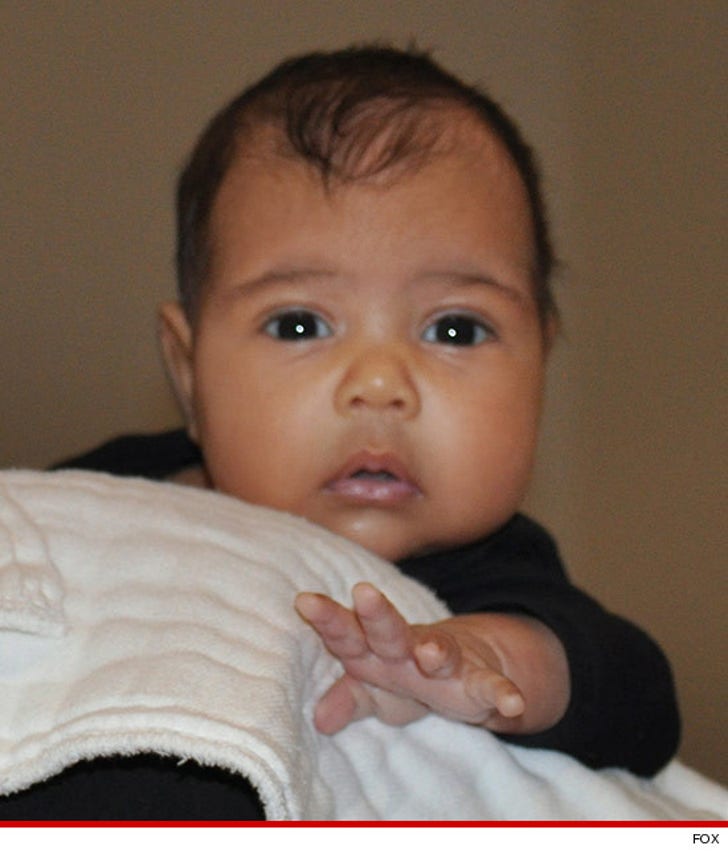 Here she is for the first time ... the spawn of Kim Kardashian and Kanye West.

Kanye revealed the photo of baby North West on Kris Jenner's talk show moments ago, a last ditch effort to boost ratings before Fox decides whether to pick the show up for a full series ... something Kim's mother is desperately hoping for. 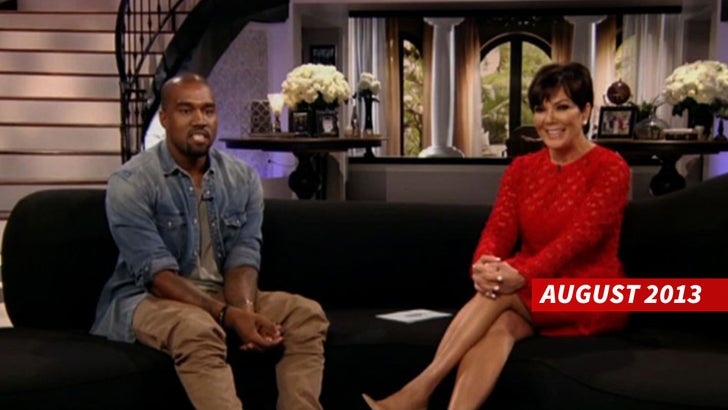 As we reported, Kim and Kanye had initially debated using the baby's first images to raise money for charity ... but they decided Kris' show was a more worthy cause. 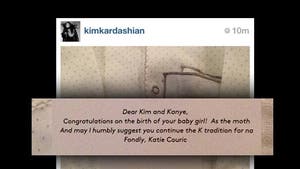