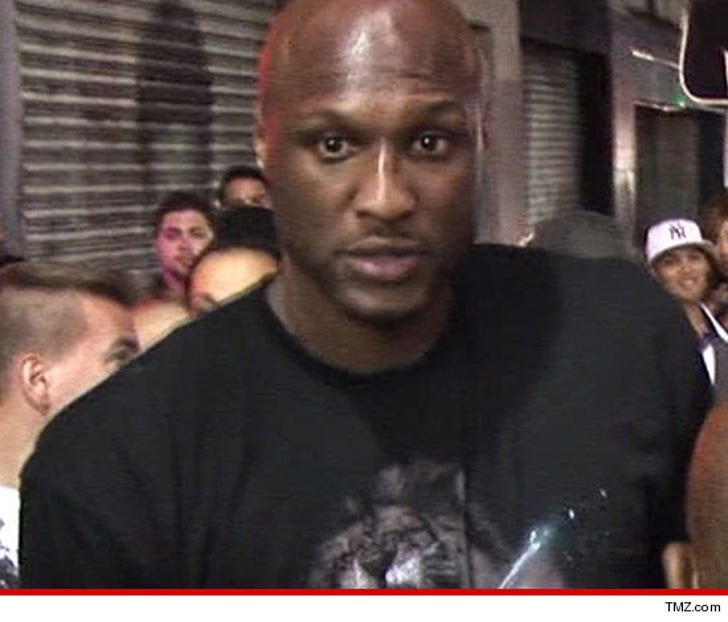 Lamar Odom's crack cocaine addiction had reached such dangerous levels ... even his dealer thought the NBA star had gone over the edge, and cut off his supply last week, TMZ has learned.

Sources connected to the dealer tell us, the crack slinger had delivered the drug to Lamar all summer, but last week, Lamar was insatiable ... calling incessantly and demanding more and more crack. His go-to dealer apparently got scared enough to cut Lamar off.

No surprise ... the dealer wasn't really concerned about Lamar's welfare. He was worried about his own ass -- scared Lamar could die and authorities would come down on him.

Obviously, this doesn't mean Lamar stopped using crack ... we're told he hasn't. It just means he went on the hunt for a new supplier.