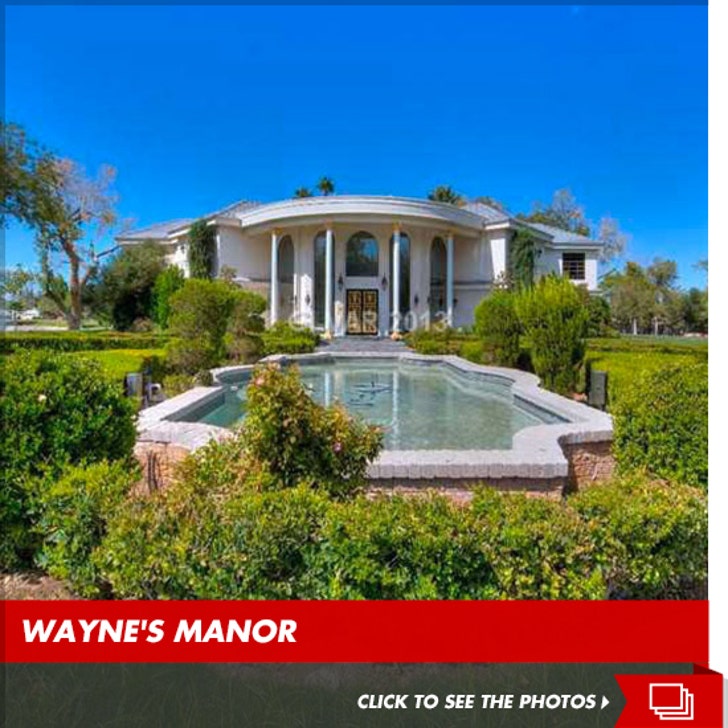 First, get about 45 face lifts (allegedly) … then, PLACE AN OFFER ON HIS FAMOUS LAS VEGAS ESTATE … but only if you’ve got around $70 million laying around.

The 36-acre ranch – which Newton famously dubbed Casa de Shenandoah – has hit the market … just months after Wayne and his wife moved out following years of legal battles over money (or lack thereof).

CdS has it all -- plush white carpets, gold trimmed doors, a "car museum," 37 empty stables, lots of rundown buildings, an old ass tennis court, a dilapidated gazebo and a jumbo jet and terminal.

Of course, the property was the scene of Wayne’s infamous date with Ellen Griswold in “Vegas Vacation” … remember, she was a Wayne-iac?!

Anyway, the developer who bought the property in 2010 originally planned to turn the ranch into a Wayne Newton museum. Those plans have been scrapped. Now, he just wants to unload quick … for quick $70 mil.

Fun Fact -- the owner did dump millions into upgrading the property ... including an “upgrade” of removing 7,000 cubic yards of horse manure from the grounds.