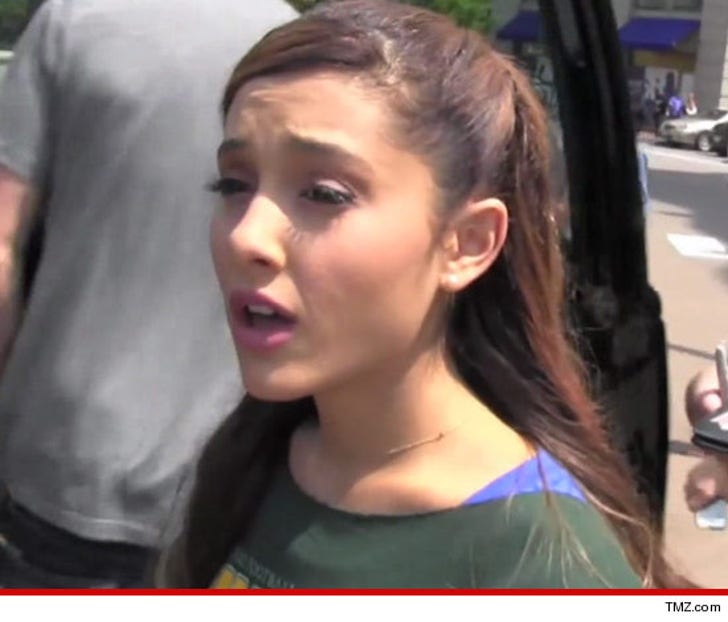 Ariana Grande is under strict orders from her doctors to keep her mouth SHUT after frying her vocal chords this week -- no talking, no singing, nothing -- and it's throwing a wrench into her big media blitz, TMZ has learned.

Sources close to Ariana tell us, the singer performed at Club Nokia Monday night in L.A. and badly strained her vocal chords. The next morning, she appeared on a radio show and couldn't sing.

We're told Ariana freaked out and immediately went to the doctor, who gave her the bad news ... no singing or talking for AT LEAST 4 days, meaning Ariana's team has had to cancel multiple media appearances, including The Queen Latifah Show and The Arsenio Hall Show.

It's a crippling blow to suffer at such an explosive time in her career -- her debut album just topped the charts at #1 ... and now she can't capitalize on the publicity.