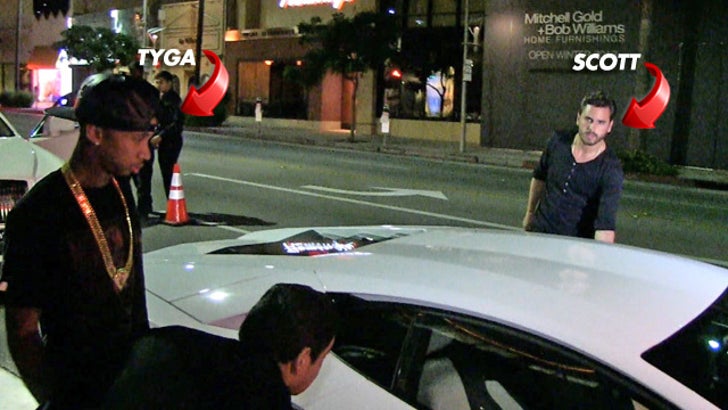 Scott Disick -- last seen using Benjies as TP --- may have employment plans sans the Kardashians ... 'cause his buddy Tyga says the lord's gonna be a rapper!

The guys were waiting for Lord Disick's Lambo (naturally) outside Hakkasan in Bev Hills last night ... when Tyga dropped the bomb, "Scott's coming out with a new rap album."

Tyga even claimed he's producing the tracks -- but doesn't say much more about the alleged project.

Check the clip, Tyga might be kidding -- but if not ... Scott's got plenty of cred.

We already know he makes it rain ... in the bathroom.