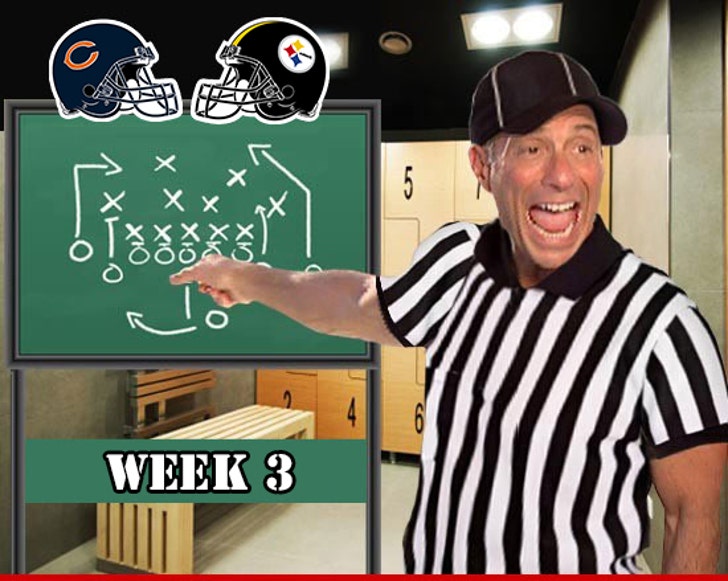 The undefeated Chicago Bears take on the winless Pittsburgh Steelers in Week 3 -- and if this seems like an easy game to pick ... you're probably right.

Honestly, we didn't want to strain Harv after he evened his record at 1-1 last week.

Charles: So, Bears and Steelers ... Jay Cutler and Ben Roethlisberger -- who ya got?
Harvey: Most people think of Cutler and Roethlisberger ... but I think of my days at the University of Chicago, and the famous Pittsburgh Platter (Google it, if you dare).

Charles: Dear God.
Harvey: And because of that -- although law school was painful -- I gotta go with Chicago.

Charles: What's your take on Cutler's improved play?
Harvey: He kinda acted like a little bitch when he got him walking around L.A. after he left that game with an injury, but I think he's butched it up well.

Charles: Steelers have been sucking. What's the deal?
Harvey: Lotta people think it's karma with Roethlisberger ... I think it's fried food.

Charles: Fried food?
Harvey: He doesn't seem like he's in the best shape of any QB.

Charles: Didn't realize you were checking him out that closely.
Harvey: Just a casual glance.