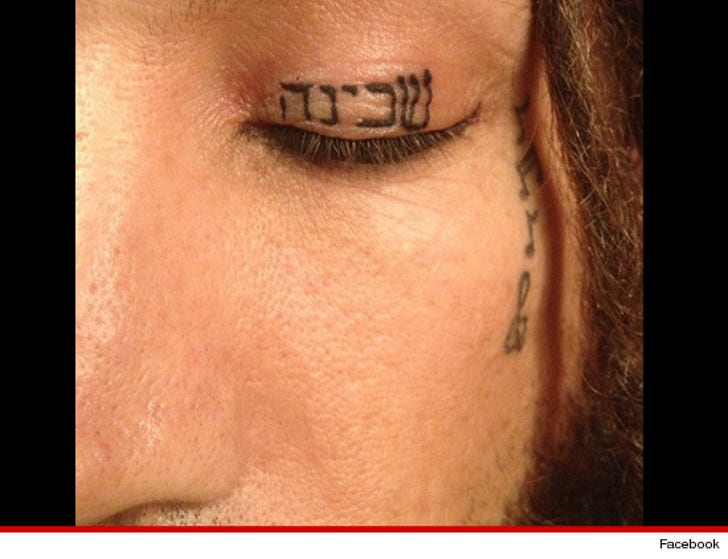 Korn guitarist Brian "Head" Welch paid special tribute to the man upstairs -- BY TATTOOING A RELIGIOUS WORD IN HEBREW ON HIS FREAKING EYELID!!!
For you non-Jews (or you Jews that can't read Hebrew) the tattoo says, "Shekhinah" -- which essentially translates to mean God's presence on Earth.
... at least, that's what we think it means (sorry, it's Friday so our rabbis aren't picking up their phones).
Head -- who's a well known follower of the Christian faith -- posted the pic online today ... and apologized to his parents for getting such an extreme tattoo. 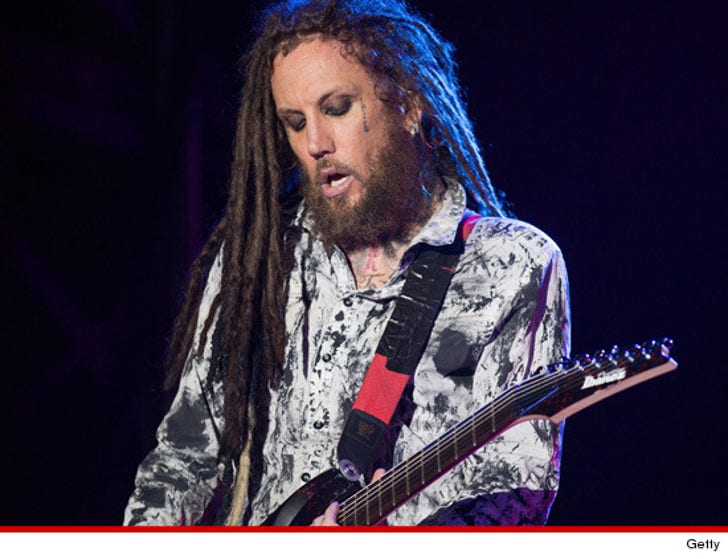