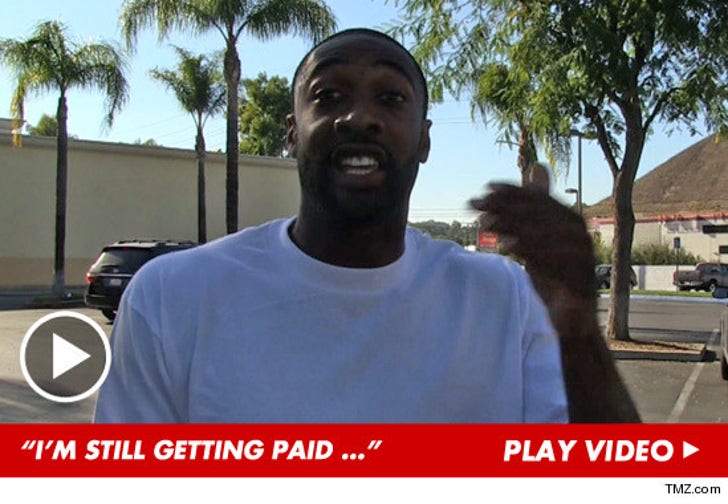 YA GOTTA SEE THIS -- we shot former NBA superstar Gilbert Arenas the moment he learned his legendary $111 million contract was ranked THE WORST DEAL in NBA history ... and Gilbert's reaction is absolutely priceless!!

The ex-Washington Wizards star was hanging at the Commons in Calabasas yesterday when we informed him that Yahoo Sports rated him #1 in its list of the "NBA's Worst Contracts of the 21st Century."

Arenas is incredibly candid in the clip -- telling us he believes he earned his contract because in the NBA "you get paid on what you DID, not what you're GONNA do."

Arenas is now out of the NBA but tells us, because of the terms of his deal, he'll continue to get paid until 2016.

"I could spend every penny I have in the bank and I still have $38 million coming."

And while Gilbert's clearly in a financial situation where he doesn't HAVE to work, Agent Zero says he enjoys having a job -- and spends his time creating apps and investing his money.