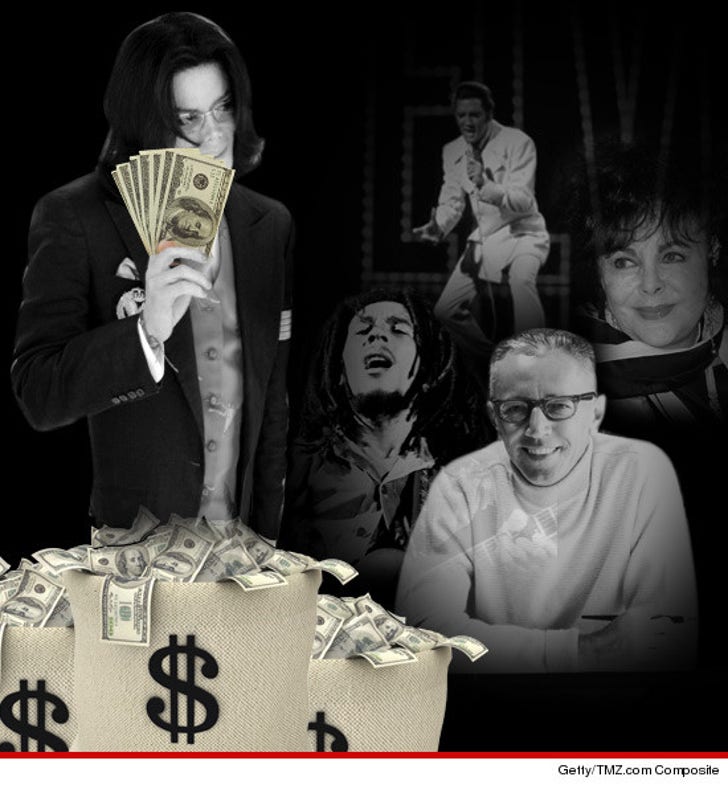 Michael Jackson is KILLING IT in the graveyard ... making more money than any other dead celebrity in Hollywood, including Liz Taylor and Elvis, this according to Forbes.

The mag just released its annual list of top-earning dead celebrities ... and this year, MJ took back the crown from his good friend and fellow dead-person Liz Taylor, last year's top-earner.

Here's the breakdown according to the mag:

MJ was #2 last year, but two successful Jacko-inspired Cirque du Soleil shows have shot the King of Pop back to the top.

Besides Liz Taylor's drop, the rest of the list contains the usual suspects ... Einstein, Marilyn Monroe, Bruce Lee ... but there is one notable new name -- Mexican singer Jenni Rivera, who died in a plane crash back in 2012. 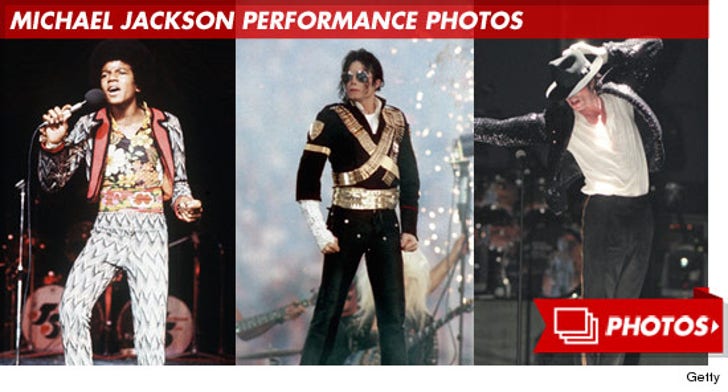