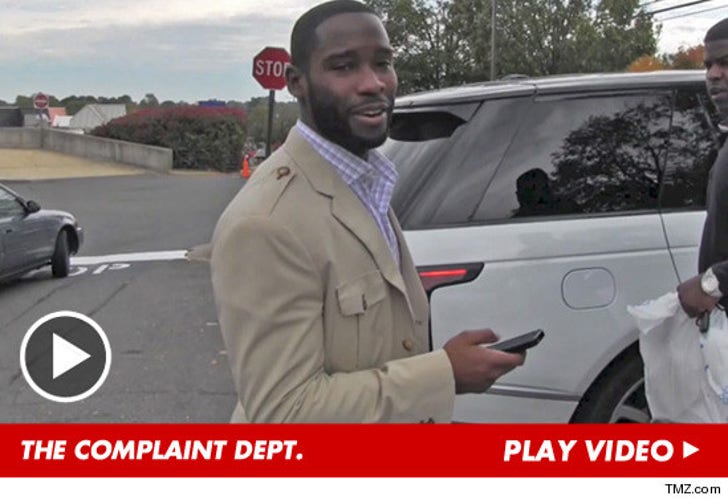 There's just no pleasing some people ... so says Washington Redskins receiver Pierre Garcon, who tells TMZ, even when he helps his team win, some fans still have the GALL to bitch about his fantasy performance.

Garcon -- who had 5 catches for 58 yards and no TDs last week -- was out in Virginia yesterday when we talked about certain fans who get angry when their fantasy players post low numbers, even if that player's team won the game.

Pierre cracked a smile and explained his no-win situation ... telling us people complain no matter what, so it doesn't bother him anymore.

But the most shocking part of this video -- our photog tells Pierre he started him over one of the biggest fantasy studs in the NFL this week ... and even Pierre doesn't seem to understand why.