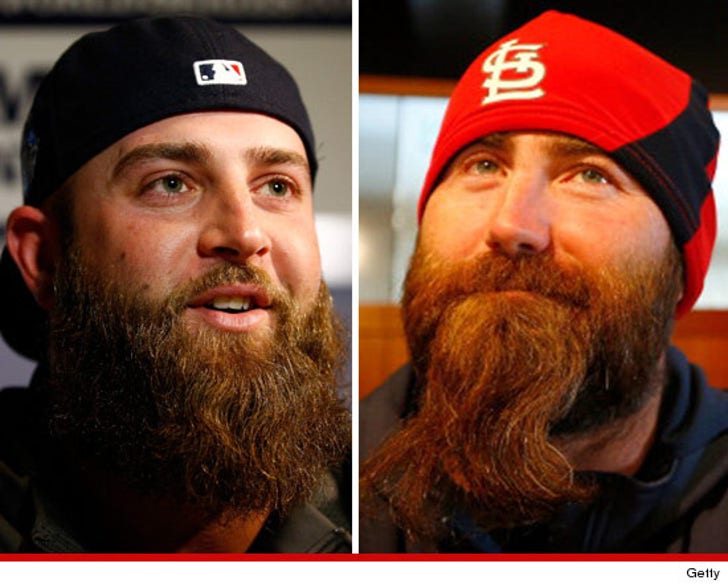 The Boston Red Sox and St. Louis Cardinals are facing off on the field tonight for Game 1 of the 2013 World Series -- but the real battle is between two bearded baseballers.

Red Sox first baseman Mike Napoli is the proud owner of this girthy World Series scruff (left) -- while Cardinals pitcher Jason Motte has his own facial field of dreams (right).

With beards like this, both teams are clear winners.