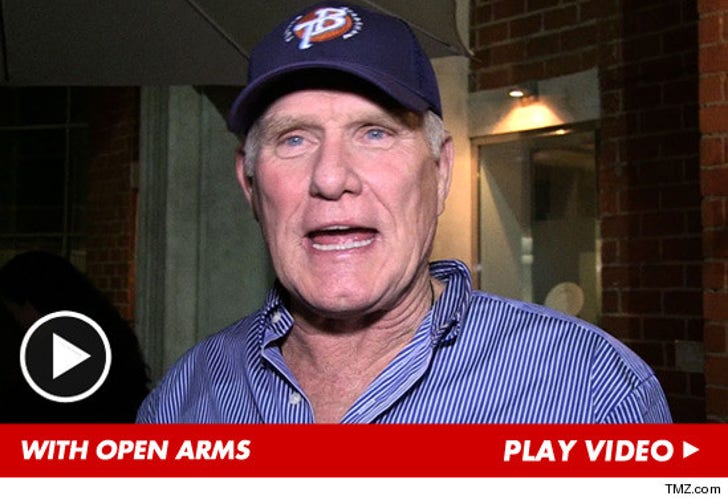 The sausage party in stripes is coming to an end ... at least according to Terry Bradshaw, who tells TMZ the NFL is finally ready for a female officiating crew ... saying, "BRING 'EM ON!"

Bradshaw was leaving Mr. Chow in Bev Hills this weekend when we asked about the 4-women who made history on Thursday when they officiated a Division II college game in Alabama.

Bradshaw told us he was very impressed by the lady crew -- and when we asked about the females making the jump to the pros, he told us the league should welcome them with "open arms."

Bradshaw warned that some "purists" will bitch about having chicks on the field, but says, "As long as they know the game and the rules, which they will, they'll be fine."

Our photog raised a pretty chauvinistic point about she-refs possibly being biased if they happened to sleep with a player (stupid, we know ... ) ... but Terry shot that idiotic theory right down.