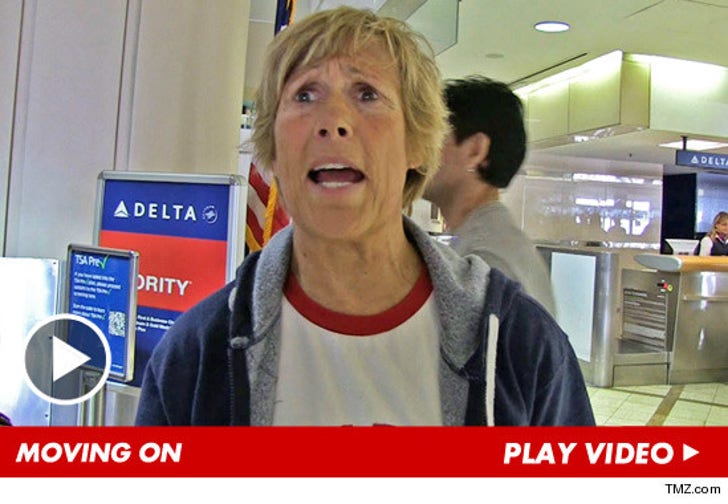 World-record swimmer Diana Nyad is hanging up her goggles for good ... telling us she's officially retired from ocean swimming.

Nyad was high tailing out of LAX Sunday when we asked about her next potential long-distance swim ... and the 64-year old revealed she's done breaking records.

Diana has been dominating the swim world for decades -- and holds a ton of ocean swimming world records ... including her insane swim from Havana, Cuba to Florida a few months back.

Nyad says she'll make an exception to her new ocean rule for only thing.

Wanna know what? Check out the video.