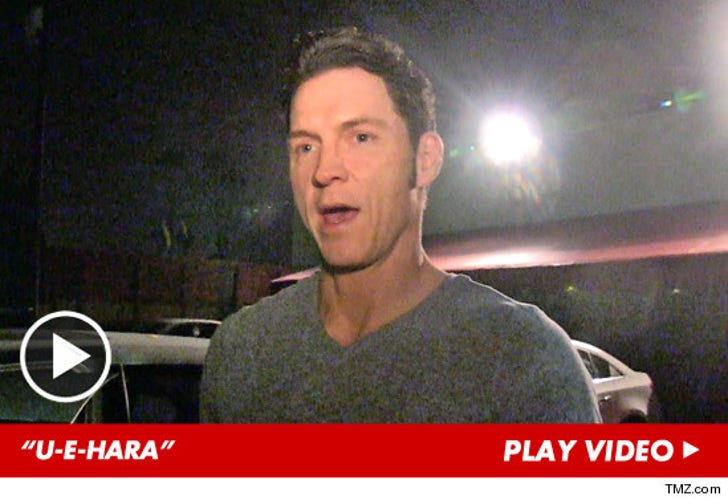 Boston Red Sox pitcher Koji Uehara is such a nice guy, he refuses to go after the media for constantly mispronouncing his last name.

But there's another Uehara who's refusing to stay silent ... and he happens to work for TMZ.

Here's the deal -- our photog is named Yori Uehara (no relation to Koji) ... but just like the pitcher, he's from Japan and believes it's important for people to pronounce K's name correctly.

So, when Yori ran into Brady Anderson -- who's now the V.P. of Baseball Operations for the Baltimore Orioles -- Yori taught him the CORRECT way to pronounce the name and begged Brady to spread the word to all his MLB friends.

For the record, Japanese is a language in which pronunciation is very important -- and the wrong inflection or pronunciation of a syllable can completely change the meaning of the word ... as is the case with the name Uehara.

Ya gotta check out the clip -- it's pretty hilarious ... and educational!