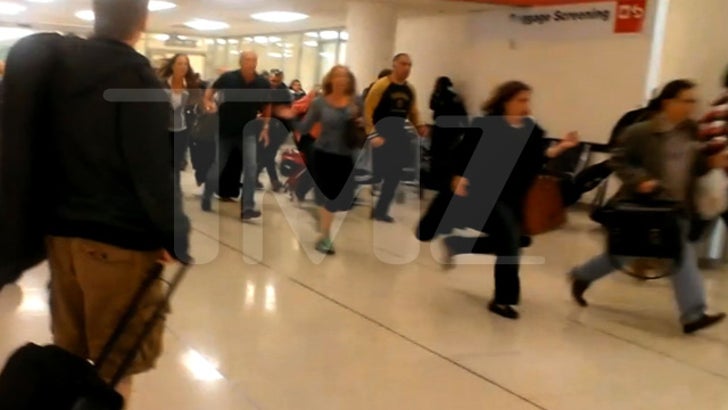 Panic and chaos erupted after a gunman opened fire at L.A. International Airport ... and the commotion was all captured on CELL PHONE VIDEO obtained by TMZ.

A bystander recorded the scene ... seconds after hearing gunfire on the upper level of Terminal 3.

Passengers arriving at the Terminal 3 baggage claim were ordered to stay in the hallway until police could secure the area ... the video shows the pandemonium that occurred when they were allowed to flee.

The gunman used a semi-automatic rifle to shoot his way past a security checkpoint ... killing a TSA officer and wounding at least two others. Police shot and wounded the gunman ... who's in custody. 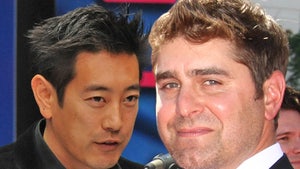