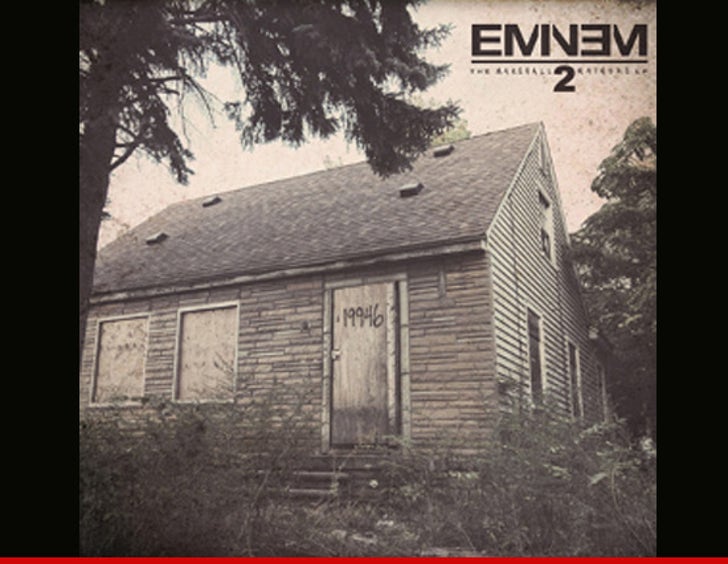 Eminem's childhood home -- the same pad he pictured on the cover of his new album, "The Marshall Mathers LP 2" -- was badly burned in a fire yesterday ... officials say.

The 767 square foot, 2-story bungalow -- located right near 8 Mile in Detroit -- sustained damage to the second floor. Fire crews were able to put out the flames before it spread to the rest of the home.

Officials say the blaze began around 6:20 pm Thursday evening. So far, it's unclear how the fire began.

Public records show the home was bought by Em's mom in 1987 for $19,900 -- it's changed hands roughly 10 times since then. The home was eventually abandoned, and after failing to sell for $500 at a recent auction, it's currently owned by a bank.