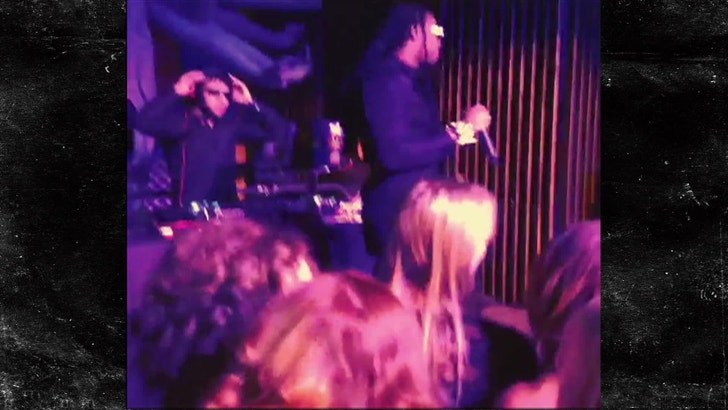 You know you're at Leo DiCaprio's birthday when instead of a lame "Happy Birthday" sing-a-long ... you have Kanye West and 2 Chainz ripping the mic.

Leo celebrated his 39th last night at TAO Downtown in NYC with the rappers and a room filled with 100 of his closest friends -- mostly hot chicks. It's Leo, after all.

2 Chainz did lay down his version of "Happy Birthday" -- while Yeezus played "Good Life" ... "Gold Digger" ... and a bunch of other hits.

For his 40th ... Leo will probably bring 'Pac and Biggie back from the dead.

By the way, we're told the bash raised millions of dollars for his foundation. It's good to be the Leo.