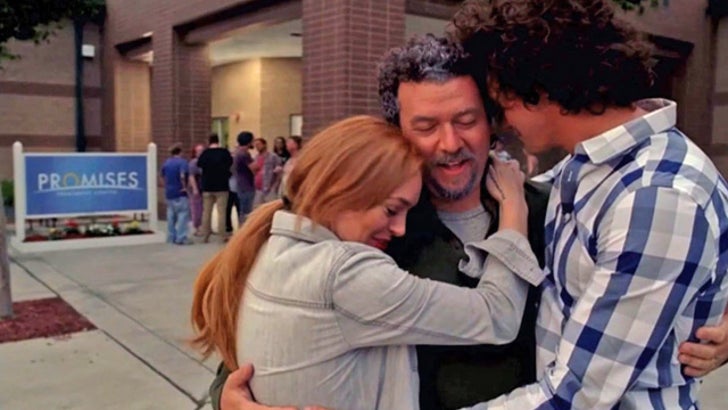 Lindsay Lohan went to Promises rehab center during her big time cameo on HBO's "Eastbound & Down" last night ... only this time, LiLo wasn't the one who needed the help, for once.

We broke the story ... Lohan shot her cameo months ago and was sworn to silence, since her role was a big part of the series finale of the show.

But last night, as we all said goodbye to Kenny Powers ... Lindsay (who played his adult daughter roughly 20 years in the future) waited for her dear old junkie dad as he emerged from the Promises rehab center ... the same place Lindsay sought treatment in real life in 2007.

It didn't really work for Lindsay ... she ended up going back to another rehab center in 2013.