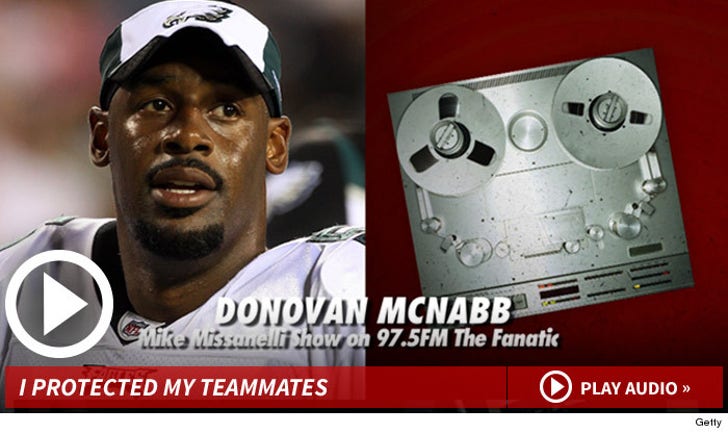 Donovan McNabb is calling B.S. on ex-teammate Shawn Andrews -- claiming the former Eagles lineman straight up LIED when he accused McNabb of bullying him for years and starting gay rumors in the locker room.

McNabb -- clearly pissed about the accusations -- denied everything on NBC Sports Radio this afternoon … telling Newy Scruggs the he would never "talk bad" or "question the sexuality" of a teammate. He also called the whole story "unbelievable."

Shawn's allegations came to light during an interview with Sync Weekly -- when he claimed Donovan helped make his life a "living hell" during his stint with the team from 2004 to 2009.

Among the allegations, Andrews said D.M. "spread rumors" that he was gay ... and it got so bad, he couldn't even shower in the locker room when other players were around.

But McNabb is standing firm -- saying he did everything he could to protect and support Andrews -- and says his teammates will vouch for him.