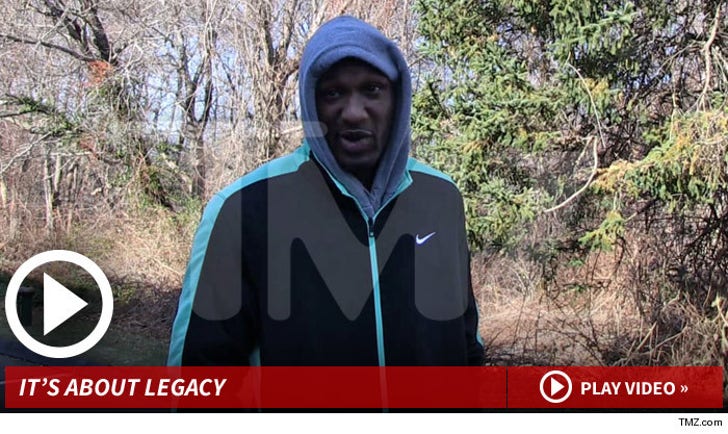 Lamar Odom tells TMZ Sports ... he knows his drug issues have significantly damaged his legacy and he's determined to come back to the NBA so he can be remembered as a champion.

Odom was out in Rhode Island today -- where he's been working out with NBA training guru Rob McClanaghan -- and L.O. couldn't have been more candid about his situation.

"Basketball's a big part of my life and I guess it's all about legacy. I haven't played up to my expectations the last couple of seasons so it's just time to like ... end it right."

Odom also acknowledges "something that happened this summer" that took his focus away from basketball. He doesn't go into detail about what that "something" was, but we know Lamar was struggling with a serious crack addiction.

As for which team Odom plans to join, he says he's got options -- and says he misspoke when he recently hinted he had a deal with the Clippers in place. Odom does say the team has shown "great interest."

One thing is clear -- Lamar wants one last shot to redeem himself on the court before he hangs 'em up for good. Question is ... who's willing to take the risk?