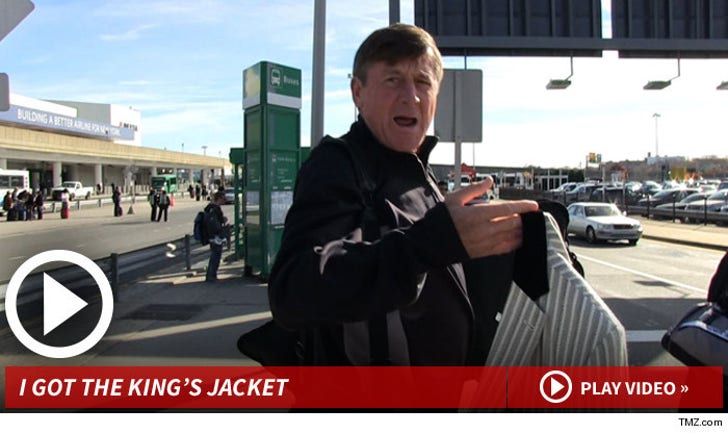 One of Elvis Presley’s most prized pieces of clothing has fallen into the hands of serial fashion offender/NBA commentator, Craig Sager ... and TMZ Sports has the video proof.

Sager was at LaGuardia Airport yesterday when he flashed us an old striped jacket -- and Craig claims it's the actual, authentic jacket The King wore on the cover of his 1957 "Jail House Rock” album. 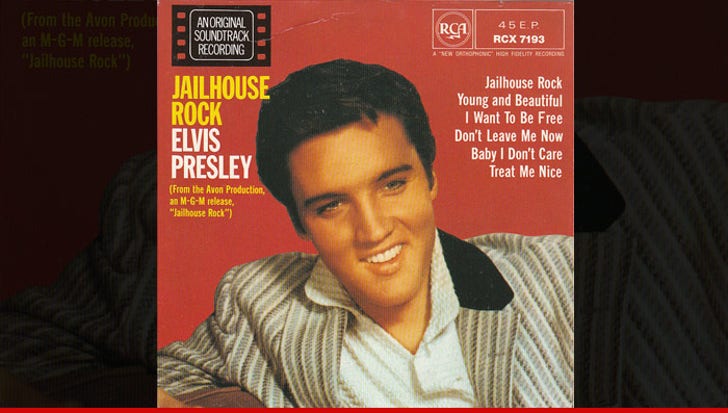 Sager said he purchased the sport coat from the original designer in Memphis and plans to wear it in an upcoming campaign for Foot Locker.

Craig wouldn't say how much he spent on the suit -- but he did say he's spent a TON of cash on his ugly wardrobe in the past.

In fact, dude says one of his suits cost THE SAME AS A CAR.