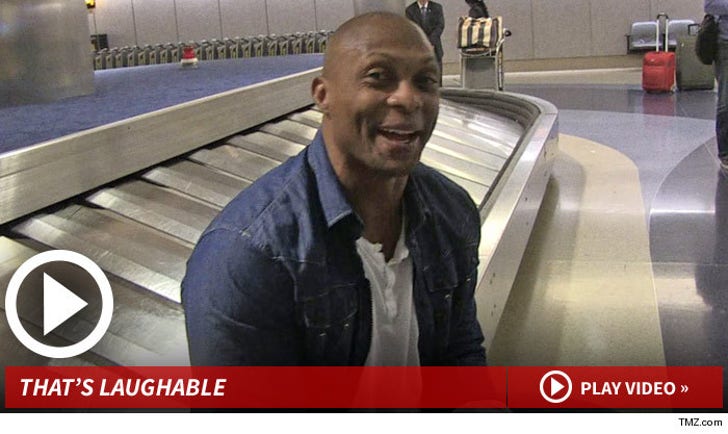 Ray Lewis is a scary man ... very scary ... but there's one guy who says he was NEVER afraid of the Ravens linebacker ... Eddie George.

The former Tennessee Titans running back was at LAX last night ... when we asked him about his brutal rivalry with Ray Ray -- and specifically, rumors that he was scared of the guy on the field.

But George's reaction is priceless ... 'cause when he finally stopped laughing ... he told us he respected Ray, but never feared him.

In fact, George recalls several times when HE delivered the punishment to #52 -- and says the proof is on YouTube.

FYI -- Eddie's also ACTING these days ... he's playing Othello at the upcoming Nashville Shakespeare Festival in January and he's even got a cameo in the new movie "Best Man Holiday." Pretty sweet.