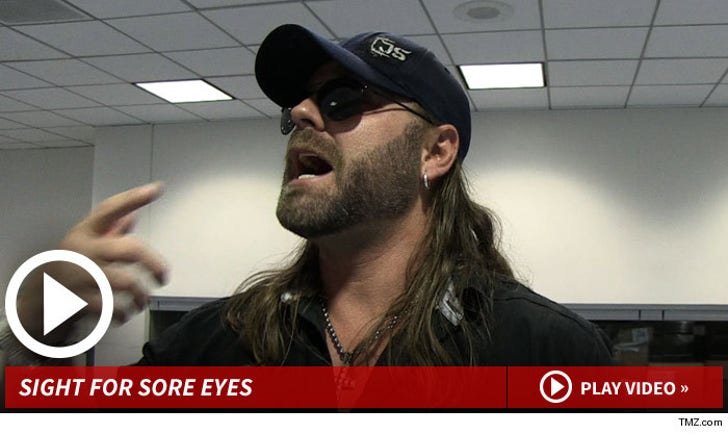 It might be fake in the ring, but TNA superstar James Storm says he's been in some very REAL bar brawls -- and one got so crazy, he actually POPPED A GUY'S EYEBALL OUT OF THE SOCKET.

"Cowboy" James -- who's developing a reality show about opening a bar -- was at LAX yesterday when he told us how he dislodged some dude's peeper (by accident) when things got violent in one of his local drinking spots. It's a pretty crazy story.

He also demonstrated the art of the chest slap right in the middle of the airport -- and hit our guy SO HARD, it left him with a pretty gnarly bruise across his chest.