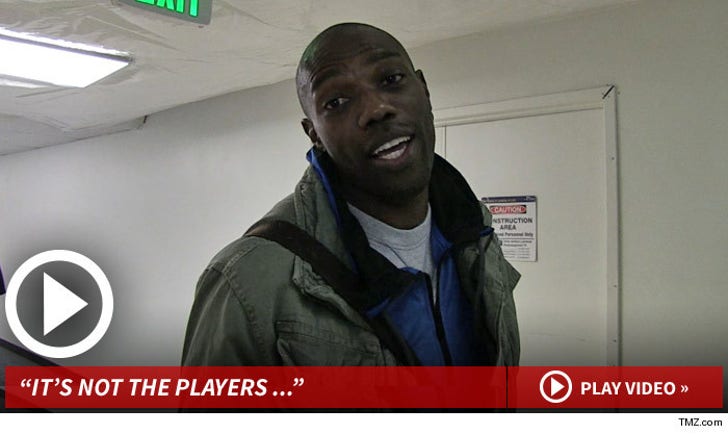 Don't blame the players for the wussification of the NFL -- blame the league ... so says future Hall of Famer Terrell Owens.

T.O. was at LAX last night when we asked if he thought the players were getting soft -- to which Owens replied, "It's not the football players, it's the rules that [the NFL is] implementing."

"The guys wanna play football ... but with all the rules and the health concerns, safety concerns, they're making it like flag football."

We also talked to T.O. about his blossoming PRO BOWLING career (he almost rolled a perfect game the other day). Check out the clip.