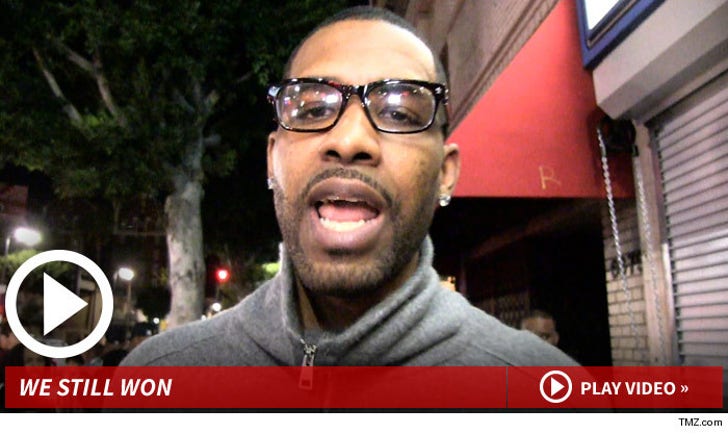 Of course, it's a helluva statement considering Kidd's Brooklyn Nets were playing the Lake Show on the night Kidd intentionally spilled a soda on the court in an effort to stop the game clock.

But on the way out of the Writer's Room (it's a bar) in Hollywood last night, Williams told us, "[Kidd] do his thing ... we still won."

Williams made a point to say he still respects Kidd's "Whatever it takes to win" mentality -- but at the end of the day, the Lakers still emerged with the W.