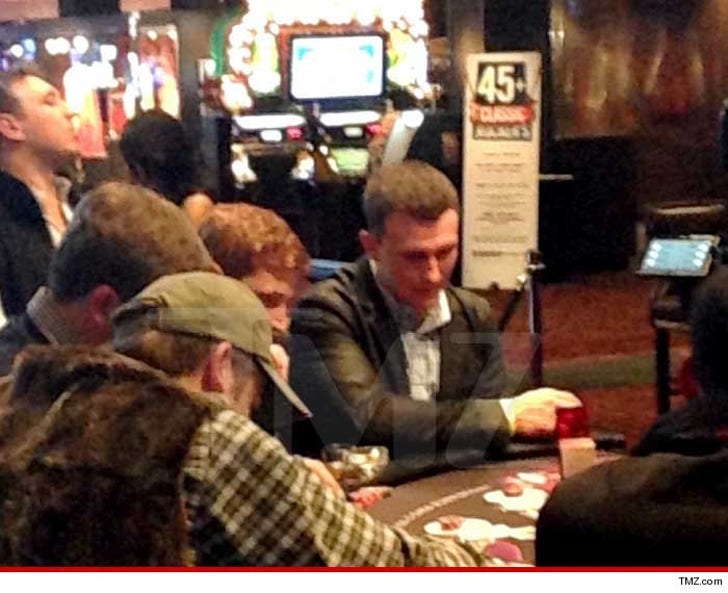 Less than 24 hours after turning 21, Johnny Manziel was already at a blackjack table in Vegas ... gambling like a champ ... and TMZ Sports has the pics.

The Texas A&M quarterback suited up Friday night -- along with a bunch of friends -- and hit up the casino at the Hard Rock Hotel in Vegas ... where they bee lined it straight for the blackjack tables.

Sources in the casino tell us the guys played for roughly an hour -- from the looks of things, Johnny was doing his gambling with a short stack of the standard $5 red chips.

We're told Manziel had himself some chew at the table ... and was often seen spitting the tobacco into an empty beer bottle (see the pic below).

Unclear if he won or lost any cash -- but one thing's for sure ... the guys all seemed like they were having a blast. 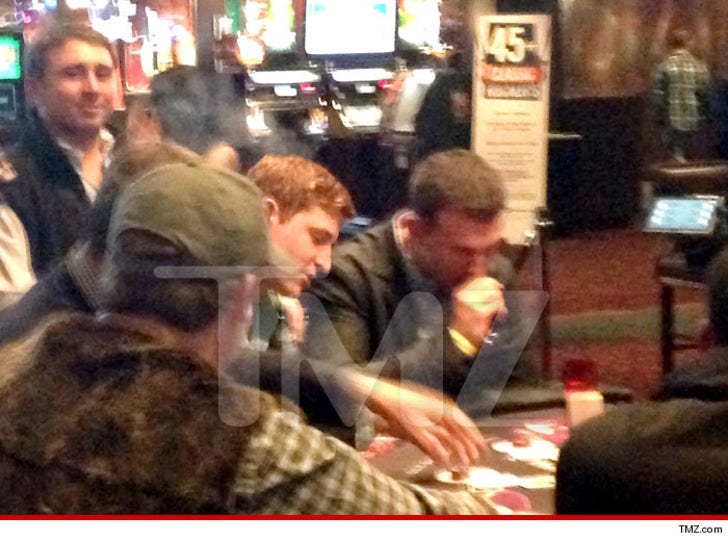