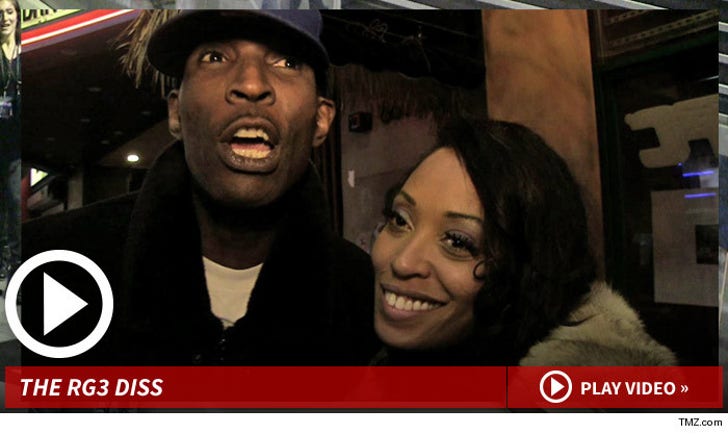 Joe Smith -- the #1 overall NBA Draft pick in 1995 -- tells TMZ Sports he's 100% confident his former teammate Kobe Bryant will return to form after his injury ... unlike a certain Redskins QB we all know.

Smith was leaving Supperclub in L.A. with his girlfriend last night when he explained why the Black Mamba will overcome his bad achilles and return to greatness.

Ouch ... but she's not exactly wrong.