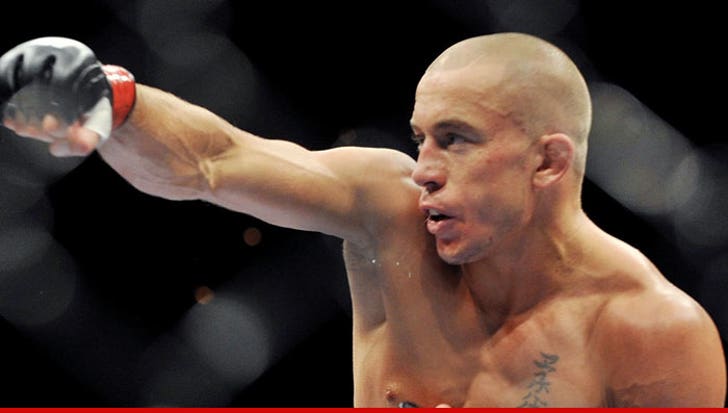 Georges St-Pierre just OFFICIALLY relinquished his title as reigning UFC welterweight champion ... after stepping away from the sport to handle all sorts of issues in his personal life.

The move comes roughly 1 month after GSP defended his title at UFC 167 -- where he made a cryptic announcement about his problems outside the octagon.

TMZ Sports broke the story ... GSP knocked up a woman in Canada and she wants to keep the baby ... and the issue has been driving GSP crazy.

GSP's father is also sick ... and it's derailed him.

Today, GSP made it official ... saying he's stepping away from the sport indefinitely ... saying, "I need to have a normal life for a bit."

He said, "I believe one day I will come back ... I can't put myself through another training camp right now. I don't want to make anybody wait."

As for GSP's belt, the UFC announced Johny Hendricks and Robbie Lawler will fight for the title at UFC 171 in March.