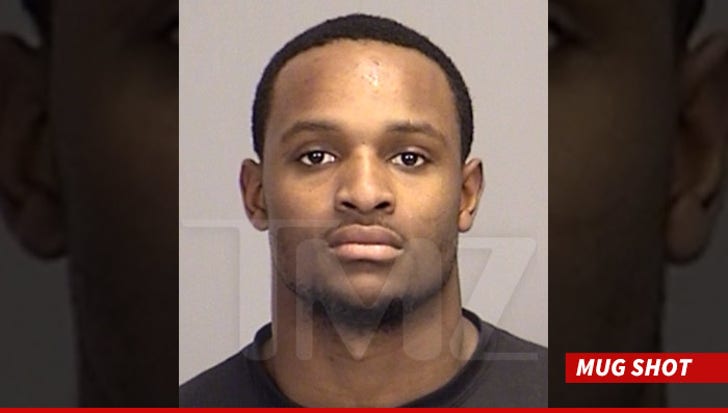 Texas A&M football star Darian Claiborne hid marijuana and prescription pills in a giant Hershey's Kiss ornament inside of a friend's car .. this according to a police report obtained by TMZ Sports.

19-year-old Claiborne -- a linebacker who's tied for the team lead in tackles -- was arrested on December 22 in Texas ... after a routine traffic stop went horribly south.

According to cops, Claiborne was riding in a car without front plates ... and 2 of the 3 occupants were NOT wearing seatbelts.

During the stop, the officer at the scene says he smelled pot coming from the passenger side, where Claiborne was sitting ... though Claiborne insisted the odor was from a Black & Mild cigar.

The cops searched the car and found a "red plastic Hershey's kiss ornament" in the center console ... and inside, it contained a small bag of weed and 5 white and blue capsules.

According to the report, Claiborne said the pills were Adderall that his roommate had given him to help cram for finals. Claiborne did not have a prescription.

The cop says he also found a partially smoked blunt located in a shoe found on the floorboard of the car.

Claiborne was eventually arrested and booked for possession of a dangerous drug and possession of marijuana. He was released on a $6,000 bond.

Claiborne has already been punished by Texas A&M, which has suspended him from playing in the Chick-fil-A Bowl against Duke.