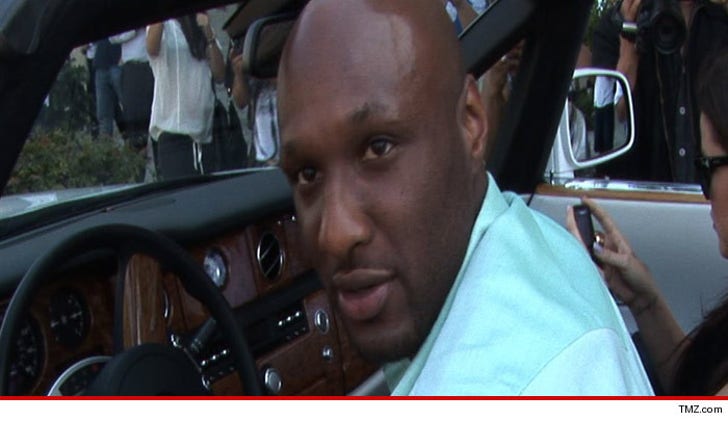 Lamar Odom's friends are deeply concerned that he's hitting the bottle way too hard lately ... and they're worried that he's drinking to cope with a serious bout of depression, TMZ Sports has learned.

We know ... Lamar has been boozing A LOT lately ... most recently he was spotted in AV Nightclub clutching a bottle of champagne all night long.

Before that, he sprung for rounds of drinks at a bar in Rhode Island ... and before that, he was taking tequila shots at Beacher's Madhouse. He had also told friends that his bizarre rap video was the result of a hardcore drinking session.

Sources connected to Odom tell us ... there's been LOTS of boozing in private as well.

We're told his friends believe Lamar is seriously depressed ... stemming from his unsuccessful NBA comeback and his ongoing divorce from Khloe Kardashian.

It's shocking because Lamar had always had a reputation for not being a big drinker -- but after his bouts with crack addiction, he's seemingly picked up another habit.