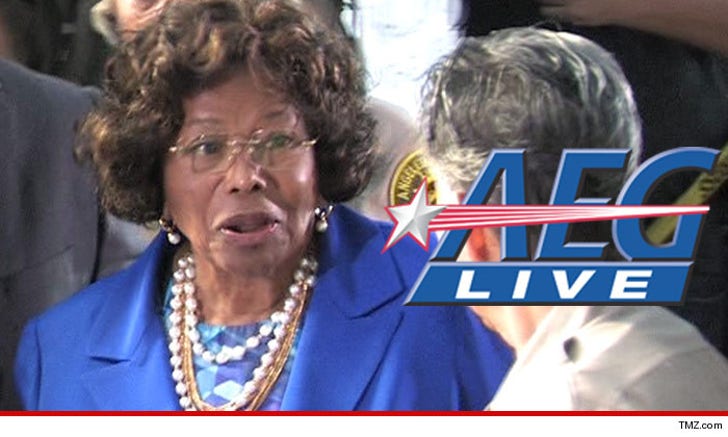 Katherine Jackson is not only WASTING HER TIME by appealing the AEG wrongful death case ... she's also making a mockery of the legal system ... so says AEG.

AEG just responded to Katherine's request for a new trial -- after Katherine argued that jurors were bamboozled because the jury instructions blocked them from being able hold AEG responsible for Conrad Murray's actions AFTER he was hired to take care of Michael Jackson.

Katherine had claimed that even if Murray was competent when AEG hired him, they should still be liable because he proved reckless and irresponsible during the months leading up to Jackson's death, and AEG did nothing to stop it.

But AEG claims Katherine is simply grasping at straws ... and her appeal is a pathetic last ditch effort from a desperate woman.

The entertainment giant also argues that the jury instructions were crystal clear and perfectly fair, taken directly from the California Civil Jury instruction guide book ... so too bad, so sad ... but that's the way the law works.

Ultimately, the judge will decide who's right on January 3rd ... when the case is due back in court.