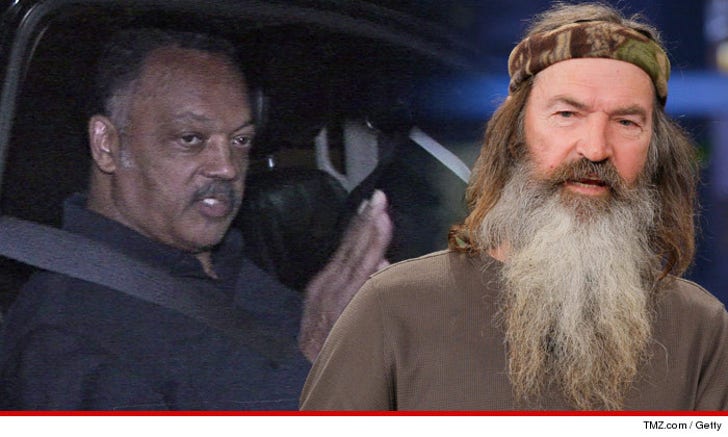 Phil Robertson's homophobic comments to GQ were MORE OFFENSIVE than the words uttered by bus driver who tried to force Rosa Parks to sit on the back of his bus in 1955 ... so says civil rights leader Jesse Jackson.

Jackson came out firing against the "Duck Dynasty" star this week ... explaining, "These statements uttered by Robertson are more offensive than the bus driver in Montgomery, Alabama, more than 59 years ago."

"At least the bus driver, who ordered Rosa Parks to surrender her seat to a white person, was following state law. Robertson’s statements were uttered freely and openly without cover of the law, within a context of what he seemed to believe was 'white privilege.'"

Jackson is demanding a meeting with A&E and Cracker Barrel execs ... and even issued a Friday deadline ... urging the network to uphold Robertson’s suspension from the reality show.

Unclear if the network plans to honor Jackson's demand.