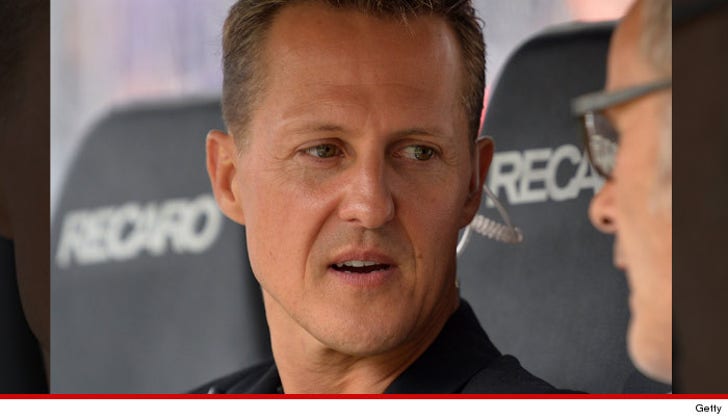 4:27 AM PT -- Hospital officials now say Schumacher is in critical condition and describe his injury as "severe head trauma.

Officials also say Schumacher was in a coma when he arrived to the hospital and required emergency brain surgery to save his life.

He is now surrounded by family and friends.

Michael Schumacher -- one of the greatest race car drivers of all time -- was hospitalized Sunday after suffering a major head injury while skiing in the French Alps, this according to his rep.

A rep for the Meribel resort, where the accident took place, says Schumacher fell and hit his head on a rock while out with his 14-year-old son.

The 44-year-old racer was wearing a helmet at the time of the crash.

Schumacher never lost consciousness, according to local reports ... but he was rushed to a local hospital before being transferred to a bigger hospital for a more thorough examination.

The Meribel rep says, "[Schumacher] was shocked, a little rattled but conscious."