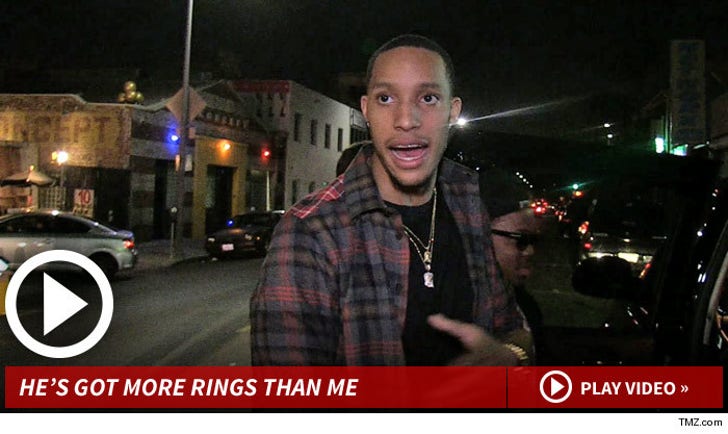 Andrew Bynum is NOT the lazy slacker he's being portrayed as in the media ... he's actually a hardworking CHAMPION ... so says one of Bynum's former teammates.

Philadelphia 76ers star Evan Turner hit the clubs in L.A. Sunday night (after putting a hurtin' on the Lakers) ... and told us Bynum busted his ass during his short stint in Philly (2012-2013).

FYI -- the Cleveland Cavaliers just lifted the suspension on Bynum (which he got for conduct detrimental to the team) but the organization is reportedly still trying to trade him following reports he simply has no interest in playing basketball.