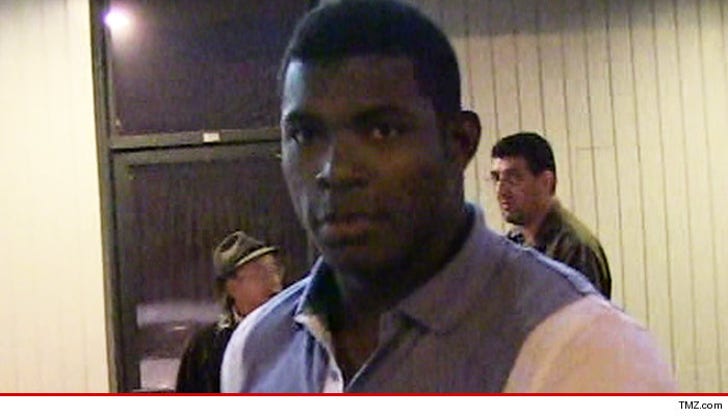 Yasiel Puig COULD HAVE KILLED HIS MOTHER if the Florida Highway Patrol didn't stop the L.A. Dodgers star from driving at breakneck speed this weekend ... so says the arresting officer.

TMZ Sports has obtained the arrest report filed after Puig was popped for reckless driving in Florida on Saturday morning.

In the report, the trooper who busted Puig says the 23-year-old was going 110 in a 70 in a white Mercedes -- and passing other cars -- with his mother, friend and cousin in the vehicle.

The officer writes in the report, "By driving in this manner Mr. Puig showed willful and a total disregard for the safety of his mother and the other two passengers and any vehicles on the roadway and placed the life's [sic] of everyone in his vehicle and every vehicle that he was passing on the roadway in danger."

The officer goes on to say that if a crash had occurred, "His mother and the two passengers would not [have] survived as resulted [sic] of his action."

Puig was arrested for reckless driving -- the second time he's been busted for driving like a maniac this year.

A rep for the Dodgers said the team has spoken with Puig and are "disappointed" in his actions.