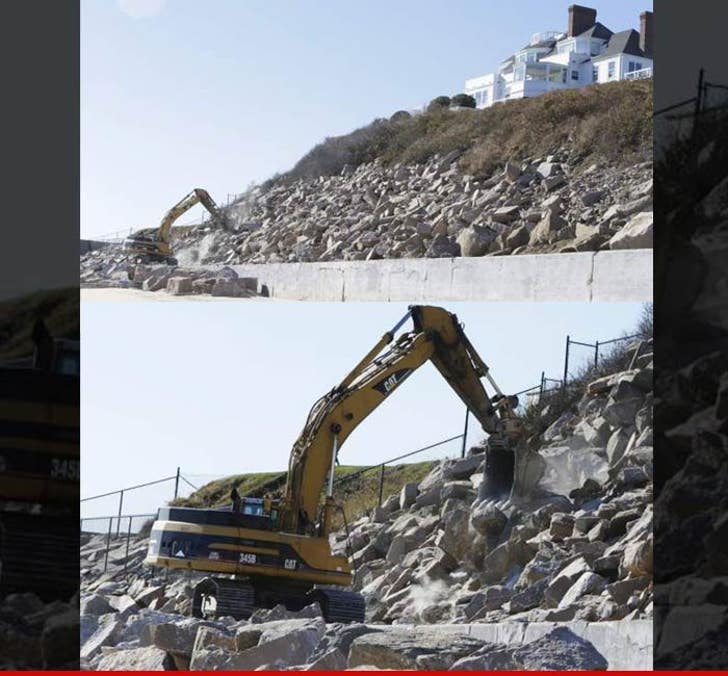 BOB PIENIADZ / www.thewesterlysun.com
Taylor Swift is screwing with the coastline in a small Rhode Island community ... and pissing off neighbors in the process ... but Taylor's people say what she's doing is perfectly legal.

Swift is building a massive perimeter wall around her castle in Westerly, Rhode Island, moving tons of coastline rocks in the process.

One neighbor tells TMZ, "It was bad enough when she moved in, but to ruin a part of the town for all of us ... this is a whole new level of hate."

Surfers in the area tell TMZ ... the wall under construction around Taylor's 11,000 square foot mansion is messing with the wave break in Westerly.

And some residents are grousing ... the wall she's building is taking away public access that they have enjoyed for years.

We're getting multiple, conflicting stories from government workers and residents ... but from Taylor's point of view ... her people say government officials actually asked her to move some of the rocks that had drifted into the ocean back to her property line and that's what residents are seeing. They also claim the wall she's building is in the same spot as the original wall that was constructed decades ago but eroded over time.

It appears the prior owners built a wall closer to the mansion, but it was destroyed last year during Hurricane Sandy and now Taylor is building where the original wall had been. Problem is -- the residents are used to having the beach they will no longer enjoy. 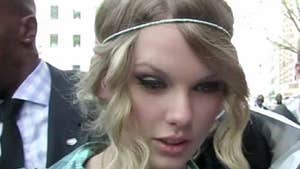