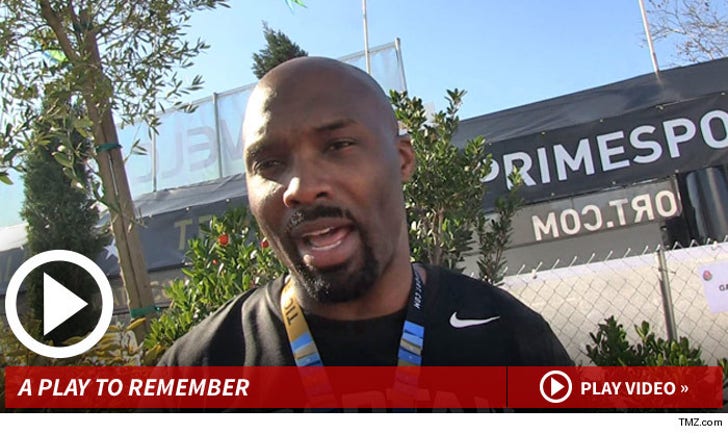 The Music City Miracle -- one of the most famous plays in NFL history -- wasn't drawn up for Kevin Dyson ... it was supposed to go to Derrick Mason, but something happened that day that forced the Titans to change plans at the last minute.

TMZ Sports spoke with Mason at a Prime Sports event at the Rose Bowl ... and the former wide receiver dropped some interesting info about the legendary lateral pass from Frank Wycheck to Dyson in the 2000 AFC Wild Card game against the Bills.

Mason says the team used to practice the play every single week ... and he was the main target.

So, why wasn't Derrick on the field when the play was called that day? Let's just say it was all in his head. Check out the clip.