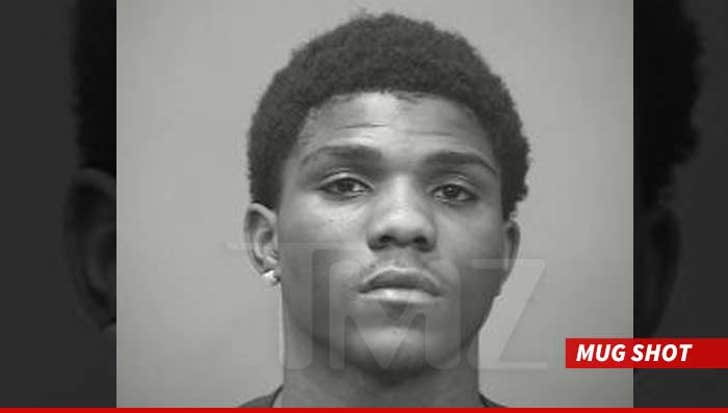 Oklahoma State basketball star Stevie Clark was arrested on New Year's Day ... and according to the police report obtained by TMZ Sports, he was rolling a blunt when he was busted.

The 19-year-old -- who's a freshman guard for the Cowboys -- was a passenger in a Toyota Camry that was pulled over around 10AM on January 1 after a cop says he spotted Clark not wearing a seatbelt.

During the stop, the officer says he saw "small pieces of marijuana on Clark's shorts and on the seat between his legs."

According to the report, the cop says he asked Clark how much weed he had in the car ... but Clark was speechless and only shook his head "no."

The cop says the driver tried to take the rap ... saying the weed was his and he didn't want Clark to get in trouble.

According to the report, the driver also said he was taking Clark to practice at the time of the incident.

Ultimately, both the driver and Clark were arrested and cited for possession of marijuana. They've both since been released.