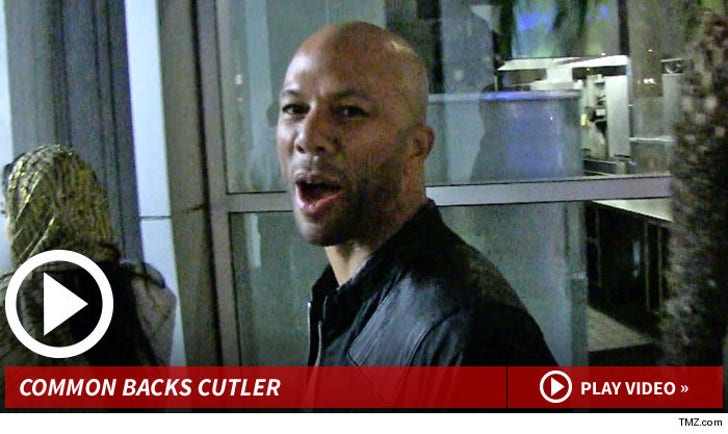 Jay Cutler is worth every single penny of his brand new 7-year, $126 MILLION contract with the Chicago Bears, so says one of the Windy City's most famous sons, Common.

The rapper/actor/Bears-superfan was leaving ArcLight in L.A. last night when we asked about the QB signing one of the biggest deals in the NFL, despite the fact he didn't make the playoffs this year.

If Cutler plays out his entire deal with the team, he'll be 37-years-old when it's over.

The question -- currently, Jay has more cameos on "The League" than he does Super Bowl rings ... think that'll change in the next 7 years?