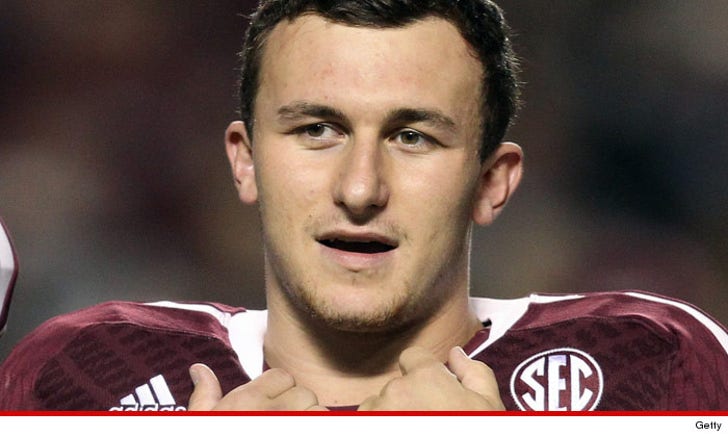 Johnny Manziel's Texas A&M teammates aren't even a little bit mad that their QB immediately skipped town to party with Drake just one day after their Bowl victory ... in fact, a rep for the school tells us Johnny put in some serious team celebration time BEFORE he left.

As we previously reported, Johnny -- who most likely played his last college game on Dec. 31 -- jetted to Miami to hang with his pal Drake on Jan. 1 ... saying he needed a little "vaca." 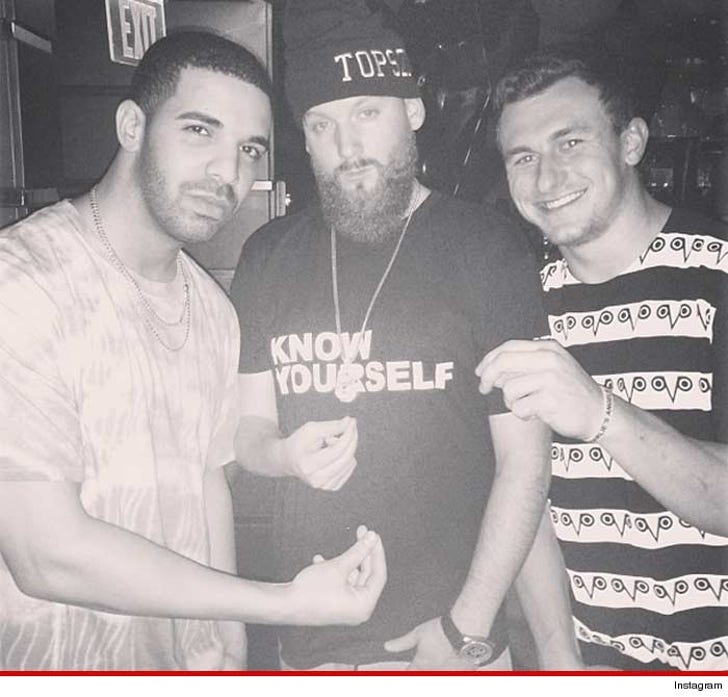 But Texas A&M Associate Athletic Director of Media Relations Alan Cannon tells TMZ Sports ... the team isn't bitter at Johnny for leaving so quickly, because they spent lots of quality time together the night of the victory.

"Johnny came back to the hotel on the team bus and celebrated with his teammates and the fans that had gathered in the lobby."

Cannon adds, "This whole team supports Johnny. He is very much a part of the team -- a key part."

There are people who are saying Johnny's fast exit shows he was never that committed to his teammates in the first place. But one A&M player we spoke with says that's all BS ... explaining there was never a problem with the relationship between Johnny and his teammates ... it was solid until the end.