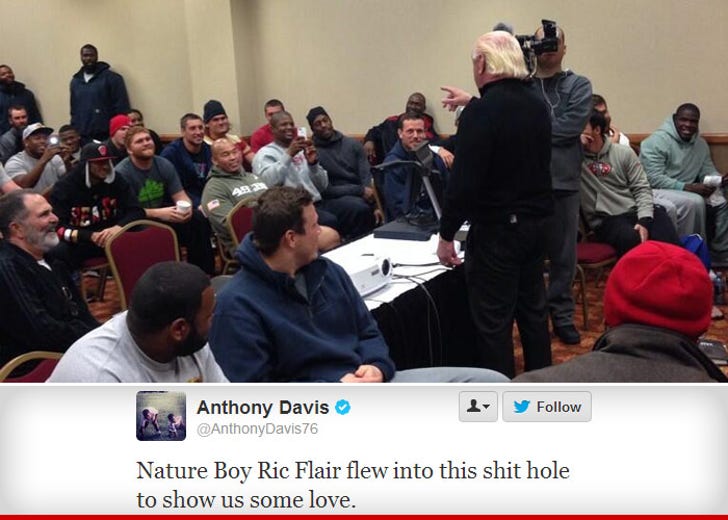 The San Francisco 49ers got surprise visit from wrestling legend Ric Flair tonight ... but what's more shocking, one of the players gave him props for flying into the "sh*thole" that is Green Bay!!!

With the 49ers set to play the Packers Sunday in a Wild Card game, The Nature Boy gave a pump up speech to the squad at the team meeting the night before ... even belting out his signature "WOOOO!!"

But after the visit, lineman Anthony Davis gave the Pack some last minute bulletin board material when he ripped the city ... tweeting, "Nature Boy Ric Flair flew into this sh*t hole to show us some love."

In all fairness to Davis, the weather in Green Bay is BEYOND FREEZING ... but "sh*t hole?"

As for Ric, unclear what his connection is to the team ... since he was born in Tennessee and lives in North Carolina. But when the topic of marriage came up, he did drop one nugget: