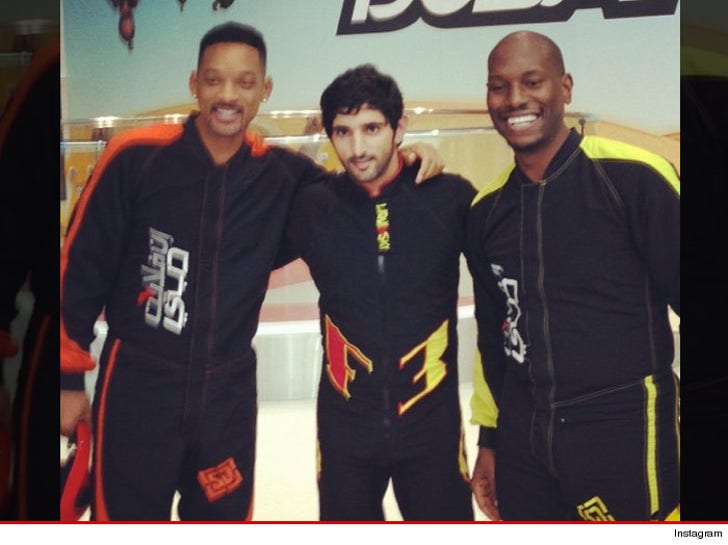 Will Smith and Tyrese got high with the Crown Prince of Dubai this weekend ... but they weren't using a bong -- they were skydiving inside the world's largest vertical wind tunnel.
Tyrese and Smith hit up Inflight in Dubai on Sunday with Sheikh Hamdan bin Mohammed bin Rashid Al Maktoum -- who's not only prince ... but also a semi-pro skydiver and poet.

Sheikh and his buddies had no problem showing off their tunnel tricks in the video below for the two actors.

We can't say the same for Smith. 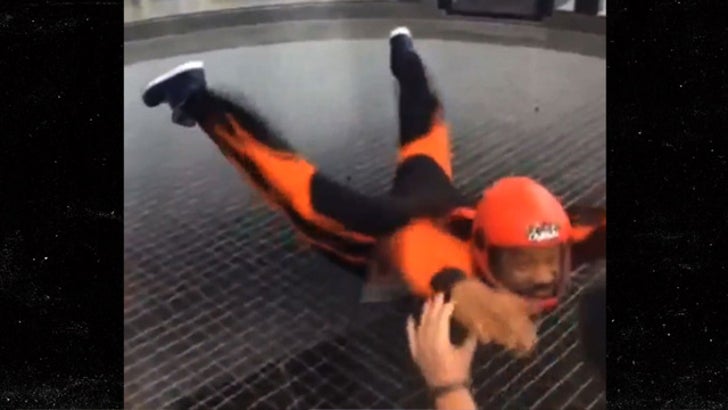 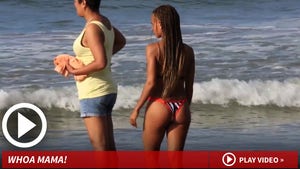