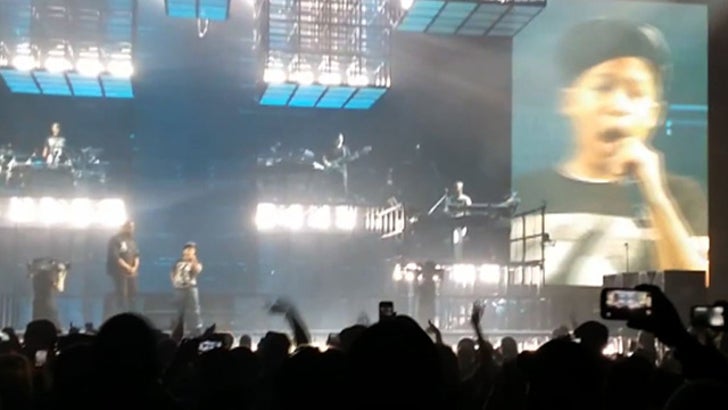 Jay Z just gave a 12-year-old kid the chance of a lifetime ... and the kid delivered.

Jay discovered the pint-sized rapper sitting in the crowd at his "Magna Carter World Tour" concert Sunday in Greensboro, NC -- he was holding a sign that read, "Can I rap for you?"

Jigga pulled the lil' guy up on stage ... and the kid laid down a crazy interpretation of Jay Z's rap. Jay even cut him off ... just before he spewed some curse words.

We're a little suspicious ... this could have been a prearranged type thing ... not sure. 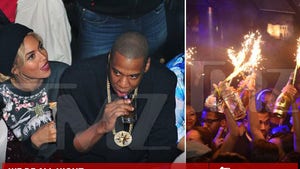 Beyonce and Jay Z -- Drunk in Love With TONS of Booze 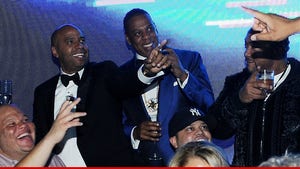