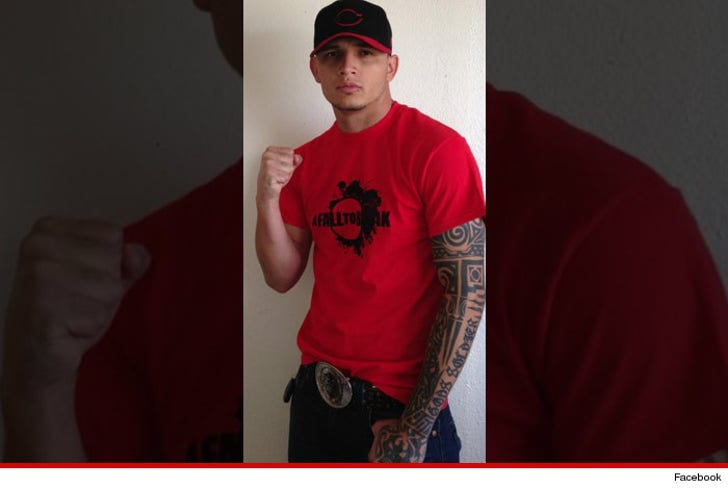 An MMA fighter from New Mexico is being hailed as a hero after fighting off 4 men who tried to break into his home ... killing one of the bad guys in the process.

According to police, the 4 men went looking for 27-year-old lightweight Joe Torrez on New Year's Day after an altercation on New Year's Eve.

When the men arrived to Joe's home, Torrez was inside with his fiancee, son and his fiancee’s sister.

According to cops, the guys tried to force their way inside the home ... so Torrez unleashed the fury.

Cops say ... someone in the house called 911 and when authorities arrived, they found one of the men suffering from multiple stab wounds to the torso and blunt force trauma to the head. The man died at the scene.

Another one of the bad guys was transported to a nearby hospital with "severe facial injuries."

The other 2 men arrested a short time later and all 3 survivors are facing a whole bunch of charges including aggravated burglary, conspiracy to commit aggravated battery and criminal damage to property.

FYI -- Torrez is a 155-pound lightweight fighter with a record of one win and five losses.

Officials say he could face criminal charges in the death of one of the invaders ... but so far, that has not happened.