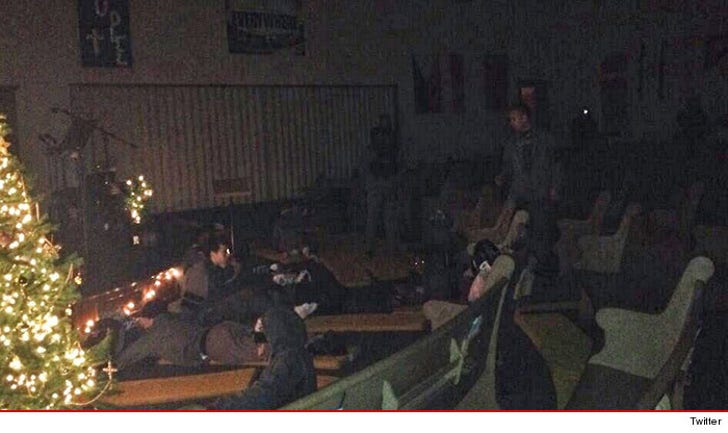 The Southern Illinois University basketball team was forced to think on their sins after getting crushed by Illinois State last night ... 'cause they had to take refuge in a CHURCH after their bus broke down in the snow, TMZ Sports has learned.

The team bus got stuck on I-57 on its way back to Carbondale, Ill. ... after attempting to make the 248 mi trip back home in a blizzard.

We're told the team tried to tough it out and sleep on the bus for the night ... but the freezing cold temperatures made it impossible to get any rest. 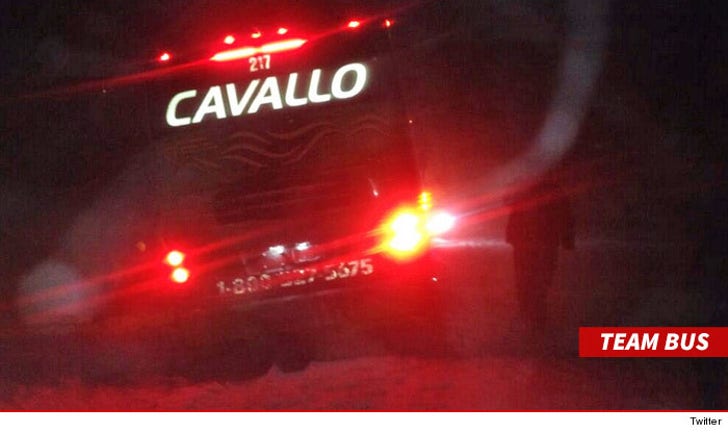 Luckily, a tow truck was finally able to drag them to a local church ... after the team spent 6 HOURS waiting on the bus.

The SIU players were forced to snuggle up on the floor between the pews in the church house ... which was already packed to the brim with stranded travelers.

All this came after a historically bad loss to Illinois State ... where the 4-11 Salukis put up a measly 17 second half points (just two short of the school record low).

Church volunteers tell us, the team hightailed it out of there before breakfast this morning ... and they should be pulling up to their University within the hour .... weather permitting.