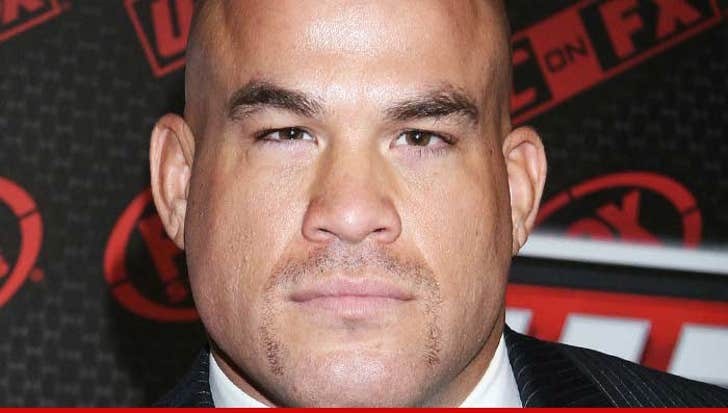 Ex-UFC fighter Tito Ortiz was arrested for DUI in L.A. this morning after crashing his Porsche on the 405 Freeway ... TMZ Sports has learned.

Law enforcement sources tell us ... the 38-year-old crashed his 2012 Porsche Panamera into a concrete median around 4AM.

Cops performed field sobriety tests on Tito ... and we're told he blew a .12 on the breathalyzer ... more than .08 legal limit in California.

We're told Tito had two passengers in his car at the time of the crash.

Earlier in the evening, Tito was partying at a BCS Football party at the Playboy Mansion.

Ortiz was hauled to a nearby station where he was booked and bond was set at $15k.

Tito was released on his own recognizance at 8:14 AM.