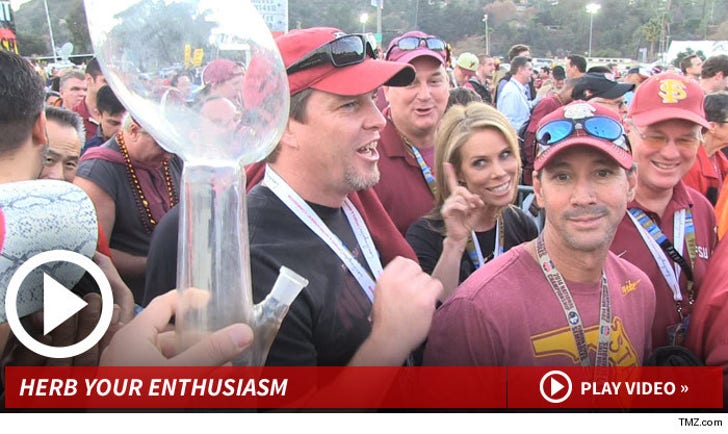 There was another "bowl" game in Pasadena last night ... a game that requires a GIANT BONG in the shape of a football ... and last night at the BCS championship, one celebrity had front row seats.

"Curb Your Enthusiasm" star Cheryl Hines -- a big FSU fan -- was waiting in line to get into the stadium when she came face-to-face with the guys from the "420 Football League." 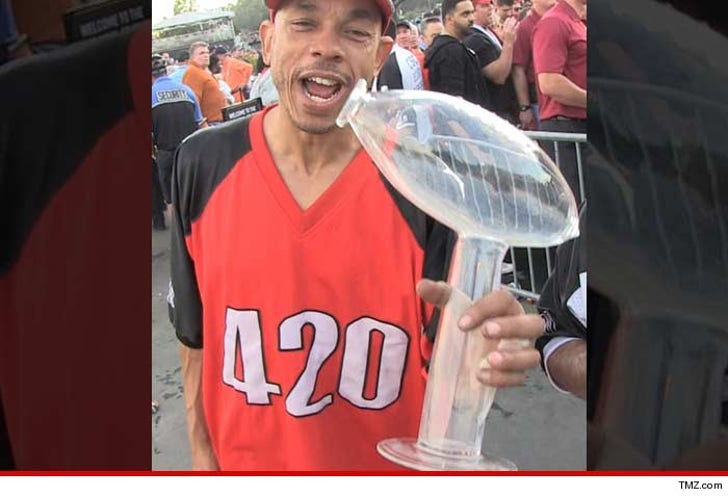 FYI -- teams in the 420FL teams compete by ripping a bong and then holding the toke for as long as they can. The active players can advance the ball one yard for every second they hold their breath.

The guys invited Cheryl to join the league ... but it was clear, she's just not into playing on grass.

Still, the whole encounter is hilarious ... with Cheryl adding, "Colorado would like it."