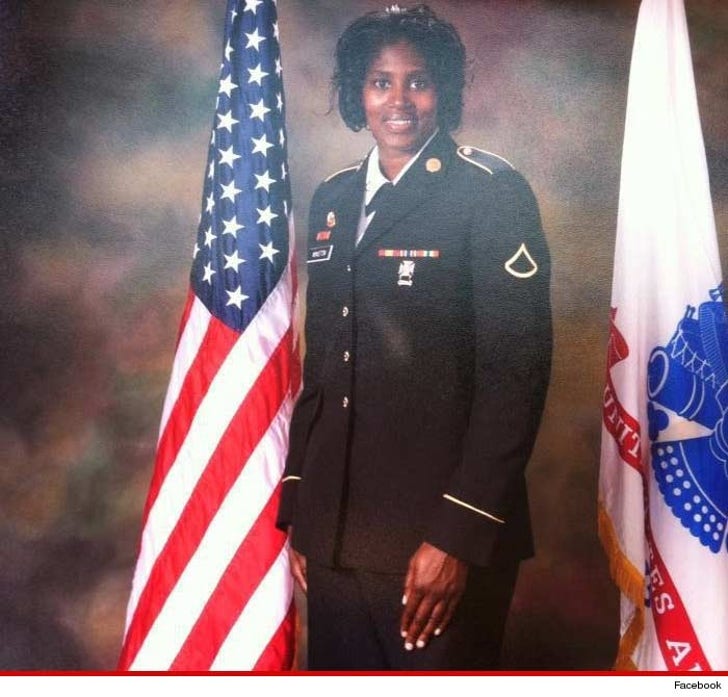 Jameis Winston's cousin -- an active U.S. Army soldier -- became an overnight celebrity when the FSU star gave her a shout-out moments after he won the BCS Championship ... and now, we can finally put a face to the name.

Of course, Jameis mentioned his cousin while trying to explain the magnitude of the BCS Championship ... explaining, "My cousin in the Afghanistan watching this game, T'Ola Winston." 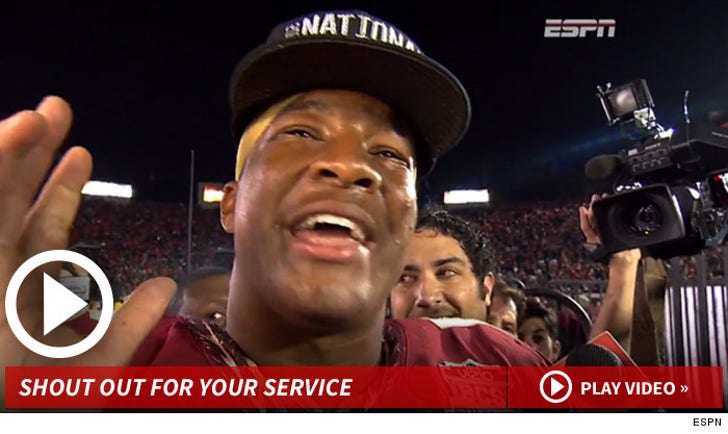 Turns out, T'ola is a corporal in the Army who's currently deployed with the ISAF (International Security Assistance Force) ... tasked to help keep the peace in Afghanistan.

We reached out to the military to get a comment from T'Ola ... but you know, she's kinda busy.

The Winston family has a lot to be proud of this morning. 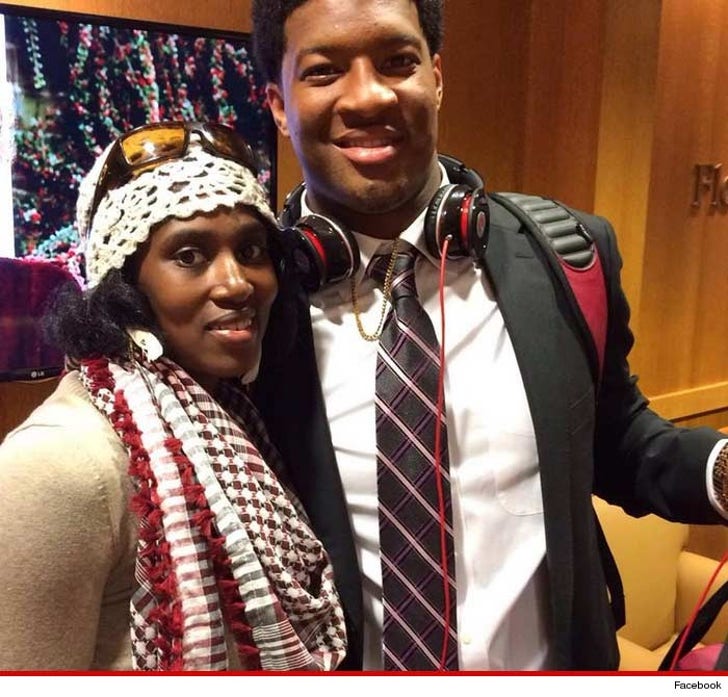 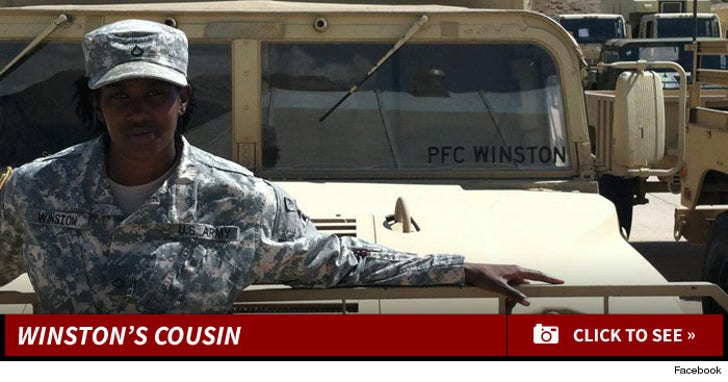