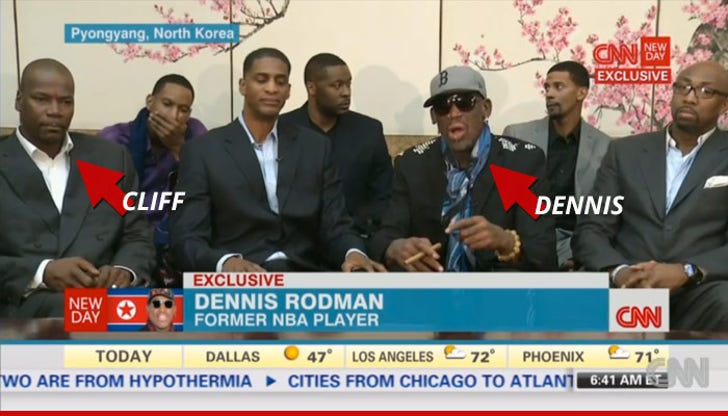 Cliff Robinson -- one of the ex-NBA stars who's in North Korea with Dennis Rodman -- knows his trip has turned into an international "train wreck" and expects serious backlash when he returns to the U.S. ... so says his wife.

TMZ Sports spoke with Heather Robinson -- who's appeared on "The Real Housewives of New Jersey" -- and she tells us her husband initially agreed to join Rodman because he thought he could help "bridge cultural differences with basketball." 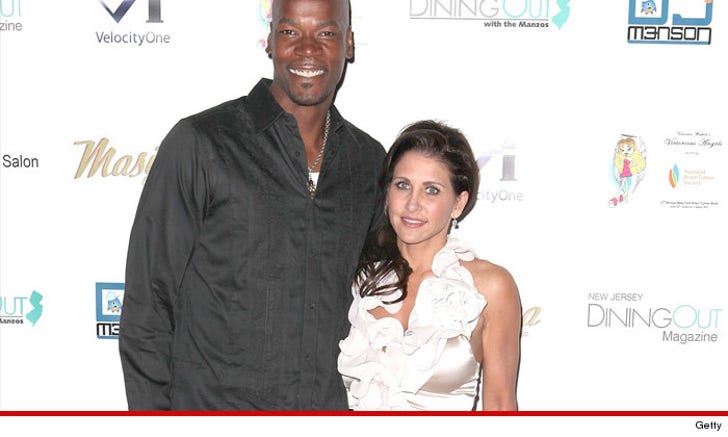 But after Rodman went on CNN and defended the country's dictator/murderer Kim Jong Un -- while wildly screaming at the news anchor -- Heather says her hubby knew he had instantly become a part of a PR nightmare.

"The look on Cliff's face when Dennis was talking during the CNN interview, it was pure shock and confusion ... it's the look he used to give when a referee used to make a bad call."

Heather says Cliff and the rest of the players have heard the criticism -- but she wants everyone to know, "In his heart, [Cliff] did this thinking it was a good idea. He thought he was doing something good."

The team is scheduled to return to The States on Friday ... assuming Dennis doesn't pull any more stupid crap that would compromise those plans.